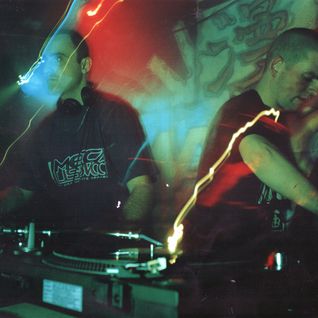 Clubs We Have Loved #1 Edinburgh & Glasgow

All the BFLF crew are clubbers.  We live and have lived all over the country and often talk about great clubs, nights and parties we’ve been to over the years. When we recently met up to go to the Fabric re-opening party we wanted to celebrate club culture and it’s continuing importance not just to us personally but to society more widely.  There is no other experience I can think of that is both unifying of a crowd and freeing to the individual than dancing your socks off with a bunch of friends and strangers from all walks of life and different backgrounds on a dance floor.

So we’ve decided to run a series of articles by different BFLF people about Clubs We Have Loved.  We start with Kirstie Wilson who (together with her husband Liam) runs BFLF Scotland.   Reach for the lasers K!

‘I have to admit that I was a little late in rolling into the clubbing scene. Having been brought up on a hearty soundtrack covering my parents’ love of 70s rock and blues, I naturally slid into the realms of indie and grunge in the early 90s.  I was one of those annoying kids in band t-shirts and pin badges, spending shop girl wages on vinyl and concerts my dad would drive me to in a Sierra. I used to blag my way into gigs writing music fanzines, drinking beer with boys in bands and occasionally, being unpopular for throwing up in said Sierra on the way home.

Aside from thinking me and my pals were warriors against the Criminal Justice Bill for listening to ‘Music For The Jilted Generation’ quite loudly out the window of a middle class semi; I hadn’t really been aware of what I’d missed in the previous years in terms of the dance music movement. I call myself ‘retrospectively educated’, but I very clearly remember the day my musical outlook changed, and I’ve never looked back.

Not to give away my age or anything, but I was 17 years old on a sunny autumn day in 1996, wandering Princes Street Gardens in Edinburgh with a few friends. One of whom, a metal guitar playing long haired cute boy, hands me his earphones and says ‘Tell me what this is from!’ Cue the sample ‘life moves pretty fast, if you don’t stop and look around once in a while, you could miss it.’ It was Chameleon ‘Links’ from Logical Progression, and there’s the gamechanger. Something switched in my mind and this intelligent, beautifully constructed new sound and tempo just made sense, and I can safely say that I have never looked back.

Very shortly after this discovery, I went to my first club – Bukem at Wilkie House, and was absolutely blown away by hearing drum and bass aching through an old church in Old Town Edinburgh. At the time, the city had an incredible clubbing scene and I started to frequent the likes of Tribal Funktion (that had the GREATEST flyers ever that I’d collect!) and Boogie Mo Dynamo at Edinburgh’s most loved, long gone club, The Venue (RIP), Hip hop nights Scratch and Seen, then Dive and of course Manga at La Belle Angele.

Manga very quickly became a clubbing ‘home’ – somewhere you knew the tunes would be on form, and the people would be welcoming and up for it. Aside from the music, Manga was so ‘on it’ with now what I’d see as ‘typically 90s’ extras like graf writers and b-boys popping up for wee shows, and always running manga clips on the old tellies. I think I’m right in saying that Manga was one of very few clubs that would quite often sell out nights in advance, and at one point was running fortnightly. Stand out shows at Manga over the years have to include Roni Size, DJ Hype, EZ Rollers and DJ SS, plus whichever one it was where I ripped the arse seam of my ‘very cool’ silver combat skirt, before I had to get the nightbus home with my pants on display. Yea, that was fairly memorable for all the wrong reasons.

I temporarily moved to Glasgow in 2000 and took up a bit of wild west clubbing; you’d usually find me rolling around The Art School in a vodka red bull style mess (shout out to Live Evil crew!) As an Embra girl, I found it very hard to stay away and would regularly pop back to catch up with my comrades. It just happened I was visiting on Saturday 8 December 2002, and was absolutely devastated to find a huge block of the beloved Old Town still smoking from a rampant fire the night before, with firecrews still in attendance. A small crowd, including myself, stood in disbelief staring at the block from the top of Blair Street. I turned to the guy next to me and uttered ‘what happened?’ and in a typical Edinburgh way he shrugged his shoulders and said ‘There was a fire, eh.’

Whilst thankfully nobody was injured, part of Edinburgh died that night. We lost The Bridge  Jazz Bar, opened only 7 months earlier by ‘the heart and soul’ of Edinburgh’s Jazz scene, Bill Kyle, who sadly passed away in 2016. We also lost world renowned comedy venue Gilded Balloon, a keystone to Edinburgh Fringe. Thankfully, the company managed to keep strong and remain a huge asset to Edinburgh’s arts scene. And that night, most saddening to me, Edinburgh lost La Belle Angele.

Aside from it’s solid club history with Yip Yap, Manga, Big Beat to name but a few, La Belle also had a great reputation on the touring scene, and played host to Oasis, Inspiral Carpets, Radiohead, Jeff Buckley and The Libertines since opening in 1992. It definitely left a big gap in the music scene, and that heart warming sigh of ‘ahhh La Belle….’ to many now over 30’s music fan.

So fast forwarding to present day past a few messy festivals, seeing LTJ Bukem falling flat on his face out of the girls’ toilets, Goldie calling my male friend ‘Louise’ and that time I flashed my giant pants at The Prodigy, I’m properly a grown up with a family and stuff now. I met my husband Liam through music and DJing, but admittedly we hadn’t been clubbing in many years, not for the lack of wanting to. We were introduced to the world of Big Fish Little Fish in the summer of 2015 when our friends Neil and Abi (off of BFLF South West) started to promote their first event. We absolutely loved the sound of the parties and quickly got involved taking on BFLF Scotland.

THANKFULLY La Belle was rebuilt, a real Phoenix from the ashes, and reopened as a spanking new venue in 2015. From the offset I’m thinking of my clubbing days in Edinburgh, and we were introduced through mutual friends to the team at La Belle, who loved the idea and let us make the venue BFLF Edinburgh’s home. For our launch, there was only one way I was heading, and that was straight to the drum n bass! I did a cold call on DJ Kid, the resident of Manga and generally the most important man in Scotland’s drum n bass scene; in fact, probably the first person I’d ever heard DJing (we lived in the same town, and I used to hear these mad tunes being blasted out his bedroom en route to the park!) And to add to the Manga connection, we had G-Mac, now of Cockburn Street record shop, Underground Solushn, doing our sound for us for our launch on 12 March 2016.
As BFLF Scotland grows, I’m delighted to be able to go back to DJs and promoters that I respected and danced to over the years, and have them involved in the education of the next generation. Most importantly, I feel 100% bona fide in my passion for promoting Big Fish Little Fish parties – I’m in the, albeit differently rearranged venue I used to frequent, and I’m booking DJs I used to dance to myself. It’s the circle of life, and it’s a beautiful feeling.’ 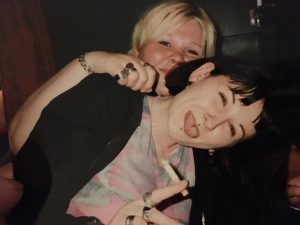