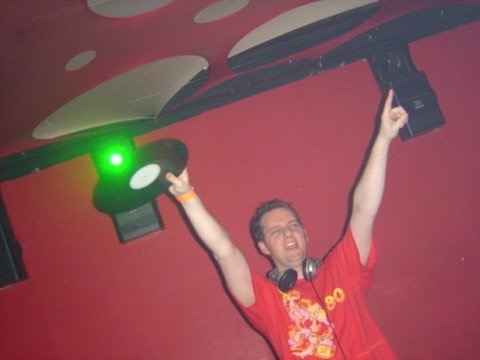 Clubs We Have Loved #4 – Shout out to the South West Massive!

Despite being born in Essex, I grew up and subsequently spent my early clubbing years (as a punter rather than a DJ) in Somerset and Dorset. I completely missed the whole free party thing, but the underground dance music scene was thriving in my home town of Yeovil.

My very first “real” club experience was when my mate Glen dragged me along to one of the now legendary “Night Of The Cookers” nights at Studios in Yeovil, run by Paul Mogg from Psychonauts. Normally a fairly run of the mill “cheesy” club, the Night Of The Cookers events turned it into a dark and grimey place, creating a second “room” where there wasn’t supposed to be one, which contained the loudest (or only) dub reggae sound system I’d ever come across. My eyes shook in their sockets when I went in to check it out. In the main room were headliners like Grooverider and Evil Eddie Richards, backed up by an array of amazing local talent, including Mark Pritchard of Global Communication and Jedi Knights fame, and Paul’s Psychonauts partner Pablo, aka DJ Mercs. This was eye opening stuff, and all on my doorstep. I’d never heard music like this before, but I knew I wanted more.

There was a fantastic music scene in Yeovil, but after a short 18 month attempt at a London University place I returned home to the Westcountry, with my decks and mixer, on the search for more amazing music. It was the birth of Big Beat, and while I was (as a dj) doing my best to push the sound in my hometown, Bristol was the nearest place really bringing in the DJs and live acts that I wanted to go and see. Many a journey was made to nights at Thekla, Trinity and Lakota to see the likes of Derek Dahlarge, Cut La Roc, and Bentley Rhythm Ace doing their crazy live show, to name but a few. I’d also make the odd pilgrimage down to Brighton to the Big Beat Boutique when it was between Concordes at a club called The Beach. Sometimes we’d camp at a nearby campsite, sometimes I’d drive there and back in the same night sober as a judge, high on the music and vibe of the place.

As Big Beat gave way to the Breakbeat and “Nuskool Breaks” scene, I started visiting the brilliant Beatz & Bobz nights at The Cavern in Exeter, run by Biff Mitchell, and met resident DJs Ben & Lex. Some highlights from those times were seeing the likes of JDS and Elite Force absolutely smash it in front of a compact but totally up for it crowd. Exeter clubbers loved their bass! I’d also heard of some cool things happening in, of all places, Taunton. I went to see my friend Edd DJ at a Breakbeat night called Infrasound which started in a small basement bar, but moved to a larger club – Ether – when the night grew. Pete that ran Infrasound did an amazing job of bringing some fantastic DJs to play – Phil K, Krafty Kuts, The Freestylers all played at the original venue. I even saw a brilliant DJ play there who once went by the name “That Girl DJ”, but is now known as “Little My” – she was, and still is, really rather good. I was humbled to be asked to become a resident DJ, and when the night moved had the opportunity to play alongside Rennie Pilgrem, Superstyle Deluxe, Aston Harvey, and Stanton Warriors. Who knew all this crazy scene was thriving in “sleepy” Somerset?

Also bubbling away was a small night I’d heard of in Plymouth, also via my friend Edd, again at a small basement club underneath a Hotel/B&B – Club Fandango. It had a real house party feel to it, and also got too big and had to move – to legendary Plymouth live music venue White Rabbit in Bretonside Bus Station. The music policy was anything from Breaks to House to Fidget and Electro House to techno and everything in between. What matters was making the people on the dance floor go mad. I was lucky to play at Magik Bullet a few times, both on my own and also some back-to-back sets with That Girl DJ and Future Funk Squad.

It’s sad that most of these venues, other than the Bristol clubs, are now closed, repurposed, or knocked down. There’s always the memories (and in some cases the photographic evidence) though, right?

When I turned 30 I went away to London, and did a lot of clubbing there, but maybe that’s a story for another time. Returning to the South West and reconnecting with a lot of these venues, DJs, and generally awesome party people, has been such a joyous thing. It’s a wonderful feeling to now be able to throw bonkers family rave events in some of the places I used to go raving in, and book DJs that I grew up travelling around to see play. I can’t wait for our 2nd birthday rave in Bristol, when I’ll be able to relive the sounds of Cut La Roc rocking Lakota again, just at a pm rather than AM time slot.