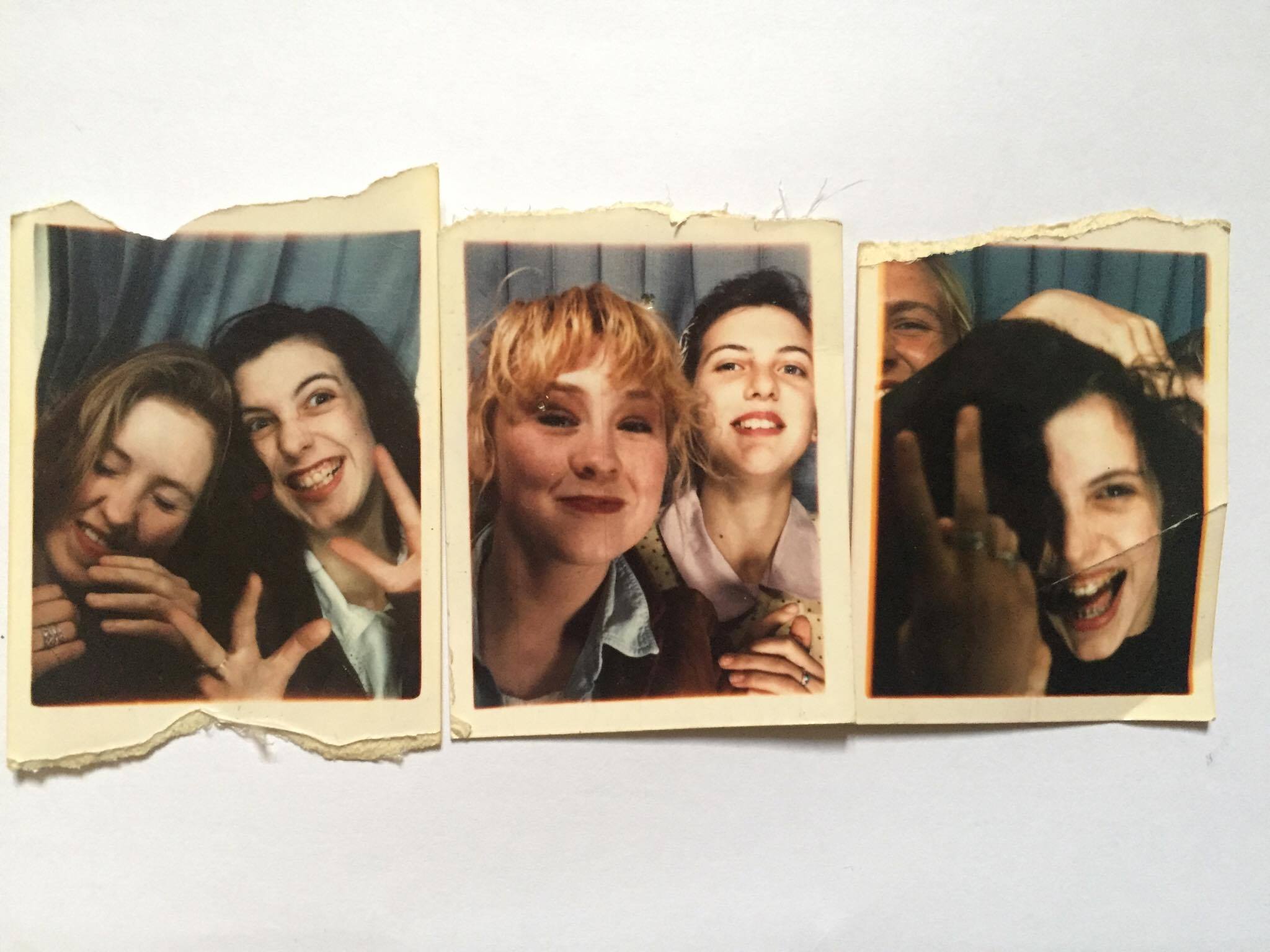 Clubs We Have Loved #3 London by a Londoner

Natasha is BFLF director of comms and was born and grew up in South East London.

I think the first club I ever went to was a Capital Radio Junior Best Disco In Town at the Hippodrome in Leicester Sq (now a casino). Pat Sharp! Mandy Smith performed and got booed, I saw her later in the toilet with her mum – they had matching pastel pink pearlescent lipstick and fake fur coats with leopard faces on the back. Amazing.

I went to an all-girls school in Forest Hill and we had a little group of us who would go up to town and hang out in Covent Garden drinking Thunderbird. Amy and Niki were very tall and glam and could pass for much older than 14 or 15 and they were kind of our ‘pass’ into clubs. Us shorter/younger looking ones would tag along behind and hope the doormen would take pity on us.

We would go to a little basement club in Hanover Square called Prohibition – on Tuesdays for a night called ‘Big, Free and Sexy’. It was free, but it wasn’t very big and I was still a virgin so, you know. On Saturday it was ‘Gold’ a club promoted by Sean McClusky and Mark Wigan – one night we were all recruited to take part in a pop promo. Someone got us to leave the club and filmed us dancing whilst sitting down in the back of a cab (!?) – we managed to see about 5 seconds of ourselves on the Chart Show one weekend morning so that was quite exciting. The song was called Oh Well by a band also called Oh Well. I don’t believe it was a hit. [Edit – oh look, here it is, I just found it on youtube Youtube]

I loved rare groove and we used to occasionally go to a little club that Patrick Forge did that I remember as being in a modern, basement pub situated underneath a corner of Selfridges. I have never been able to find the pub again. It still puzzles me.

After Prohibition shut down Wigan and Sean took over running a club called The Brain on Wardour street; I used to go nearly every weekend. There were a group of people including Grimsby, Al McKenzie (who DJed at BFLF in Birmingham fairly recently), the members of the band ‘If’, DJ Billy Nasty and various other reprobates who were regulars.

I remember particularly one guy, known just as “God” who shaved his whole body, wore beige leather outfits and never spoke. It was a great club, you could just turn up on your own and there would be people to talk to and have a laugh with – I loved the little dancefloor and all the neon paintings by Wigan. Pam Hogg, the fashion designer, used to drag her toyboys around that dancefloor in quite an amusing fashion.

I didn’t just go to clubs up in the West End (East London wasn’t a ‘thing’ back in my day). I was also a part-time indie kid and used to go to gigs and indie clubs like The Venue in New Cross (they had some excellent bands on – in fact The Prodigy played there to a half-empty club one night). I remember one night at the Venue there was a very odd lady in a ripped nightdress rolling around on the floor at a Mudhoney aftershow… turned out it was Courtney Love.

As well as legal clubs there was a big squat rave scene in New Cross – we would often go to The Venue and dance to indie/baggy and then after it closed go and find a Jungle rave in a railway arch or squatted library afterwards. I don’t think we realised how lucky we were to have so much stuff going on. These days with clubs closing right, left and centre (and becoming more corporate) it’s just not the same (yes I am being an old fart, sorry, I’ll stop).

But yes: Squat Raves! There was an old community centre in New Cross that was known as Lady Flo’s and they had raves there every weekend for quite a few months. As one was coming to a close we heard people talking about some crazy party out in the country. Two friends (Daniel and Leila) and I decided to hitchhike. I’d never hitched before and being a bit giddy after a night out I don’t think my judgement was particularly great. We got a bus as far West as we could, and then nabbed a lift with a van full of football fans who dropped us at a roundabout somewhere outside Birmingham.

At this point my tiredness and natural homing instinct took over and I turned aorund and hitched back to London. My friends carried on and eventually managed to get to Castlemorton where they spent three days before being able to cadge a lift back. I’m actually quite glad in retrospect that I didn’t go (even though it would make this story better) and the mother in me shudders to think that I got into a stranger’s car. DON’T DO IT KIDS. Luckily the man was very, very nice and dropped me in Crystal Palace so I could get a 63 bus home and sleep for 2 days.

It’s been great to re-live my younger days at BFLF and see DJs that I used to dance to when I was a teenager… and in one case, a DJ that used to teach at my school (Coldcut’s Jon Moore used to teach us Craft, Design and Technology)!