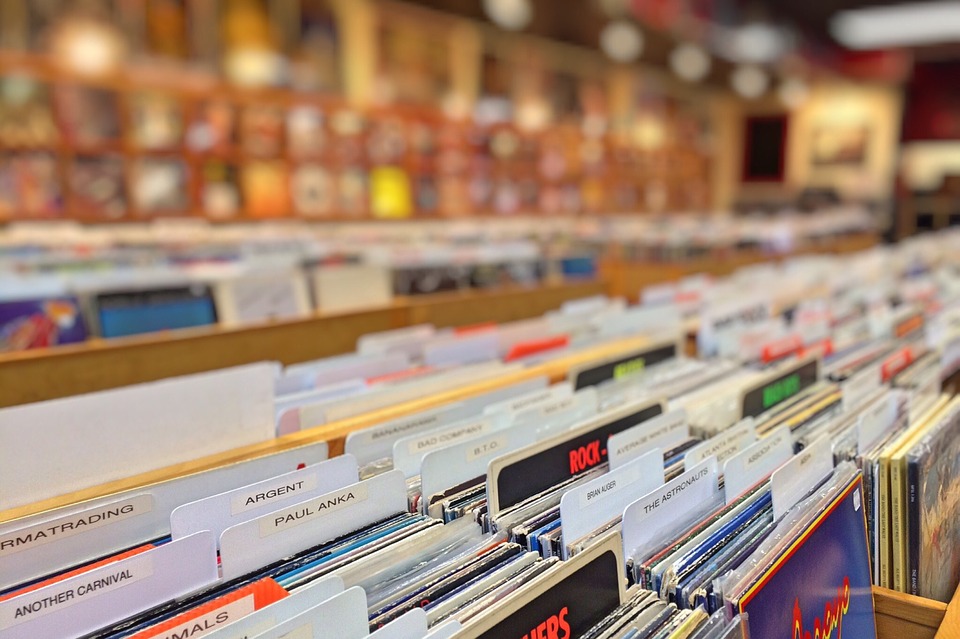 We were slighly concerned for BFLF resident Joe Muggs, as he left practically no gap between three days with Sheffield’s finest at No Bounds Festival and heading off for five days shmoozing at Amsterdam Dance Event. But he’s managed to come up with another five new recommendations for you – every one a winner as ever, with a healthy double dose of off-beam rap, some retro jungle and rave, the deepest of techno and, um, Vanessa Paradis – and assuming he survives the ‘Dam, will be back with BFLF for the Wahaca Day of the Dead celebration in Waterloo Vaults at the start of next month.

It took me SO long to get the pun in Amen Andrews, the pseudonym that Luke Vibert has been using for old-school jungle beat-making for 20+ years. But then it took me over 25 years to get A Salt With a Deadly Pepa so, uh, there you go. Anyway. Vibert has resurrected the alter-ego for frankly one of the best, and certainly most immediately ravey, things he’s ever done on this remix for the Modified Magic label. It’s soulful, it’s ecstatic, it’s got all the wiggy breakbeat edits you could ever want, it’s enough to make you shout “oh my giddy giddy gosh” in your best rave MC voice, and if you like vinyl it’s got a glorious retro-rave design acid-etched onto the other side. It’s very good. Buy it here.

Rae & Christian unfairly tended to get bracketed with trip hop and chillout in the late 90s and early 00s, when really they were much more individualist, deeply rooted in hip hop and especially soul. I interviewed Mark Rae recently when he did a mini autobiography, which is very pithy and very good. He has also put out a series of re-edits over the past few years, of consistently great quality; the latest features a lot of shouty golden-age hip hop, some stomping disco, some London-accented hip house and Vanessa Paradis’s “Joe Le Taxi” given the dancehall makeover it always needed. It’s all buffed and polished to sound super fresh, and every track is a party-starter. Buy it here.

Portugal’s dance music has been thriving lately. As well as the grimey, Angolan influenced Principe Discos from Lisbon’s suburbs, there are also a lot of producers revitalising traditional house/techno, one of which is Inês Coutinho aka Violet. She’s been a rapper (with A.M.O.R.), collaborated with Donatella Versace, masterminded collaborative recordings by female artists worldwide for International Women’s Day, and here to launch her own label she sets her sights on early UK rave circa 1990/91 just at the birth of hardcore. Everything is boiled down to its simplest elements – dub basslines, snippets of breakbeats, little licks of piano, single string notes – and it just works, the same way it’s always worked. And because of that functionality, for all the familiar sounds, it doesn’t feel retro as such, it just feels right. Buy it here.

Do you really need to know any more than that this contains the line “Rap game Dave Dimpleby”? I’ve always been a bit suspicious of live bands playing hip-hop: it always seems to defeat the purpose, really. But Leeds/Wolverhampton six-piece Paper Tiger are a glorious exception – they’re wonky, funk-filled, electronic, modernist and unpredictable, and they incorporate guest spots from UK hip hop and grime MCs impeccably. They’re criminally under appreciated, but they have a sterling back catalogue, and thankfully seem to be picking up a bit of momentum now. This is the fourth and best volume of their re-released SBHZ beat tape series, released digitally or on cheerfully-coloured cassette packs if you’re feeling hipstery. Buy it here.

Ariel Talgar from Tel Aviv has made dubstep, garage and allsorts over the past decade-plus. But here, he is making the kind of lazy-paced, blurry-edged techno that sounds exceptional in a dubious dive at 6am, but just as good zoning out on headphones on a train journey. Don’t let the haziness fool you, though, these are precision built: although the riffs are simple and little seems to change, there’s always something new happening in every single moment of the track. Little flickers and shifts make a big difference once you’re tuned into the mood of the thing. It’s deep and involving magic. Buy it here.