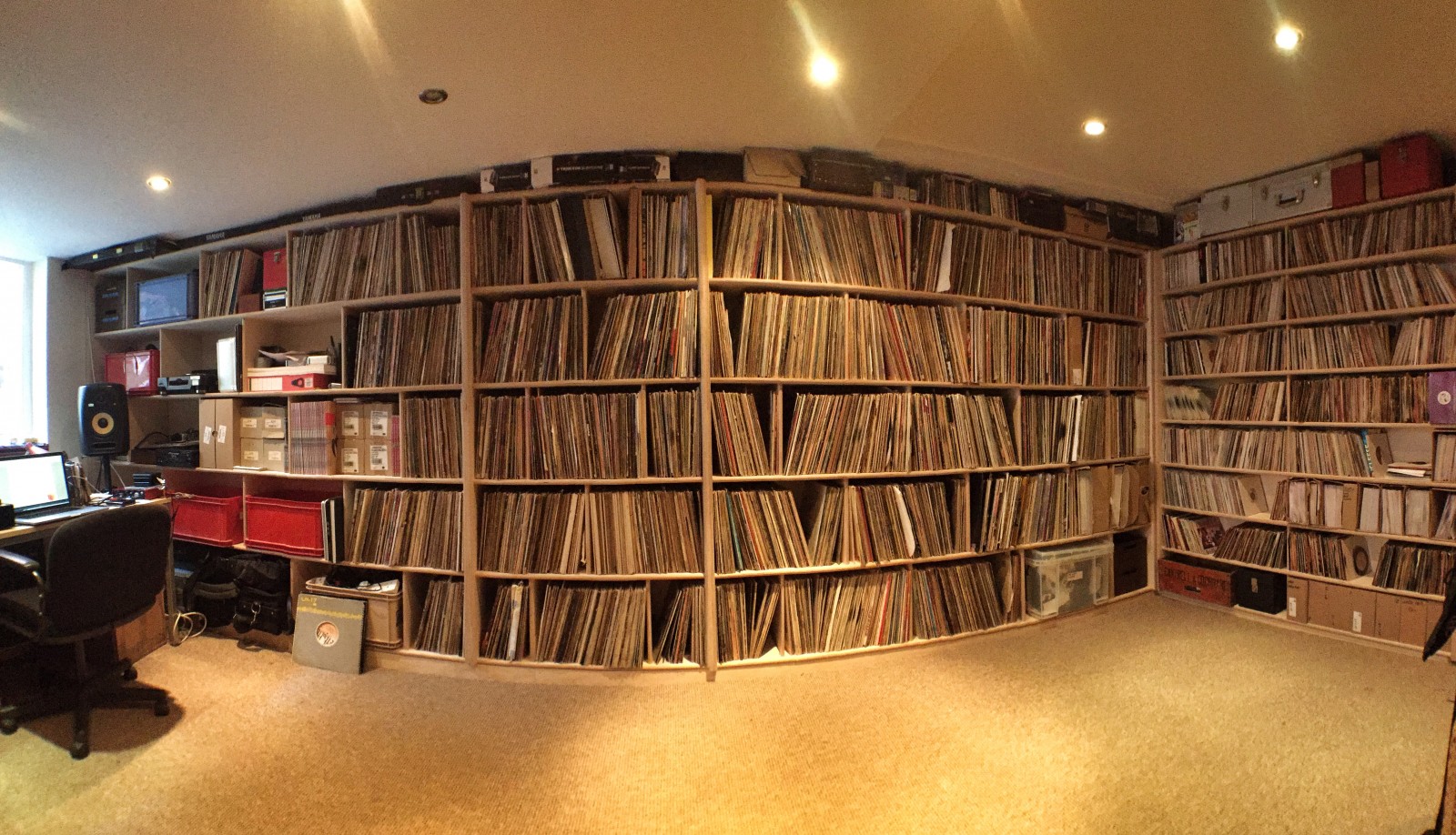 As BFLF regulars will know, though we’re old ravers through and through, we’re very much not just about reliving glory days. Everyone involved in the BFLF organisation is a music nut with deep and diverse tastes, and we try and reflect that as much as possible in the variety of DJs that play at the events. We all love to be excited by new – or by old-but-unfamiliar – music, and we know you lot do too. So starting today, we offer you a weekly recommendation section by BFLF regular DJ and music journalist Joe Muggs. From new 12″s to old live shows on YouTube, quirky obscurities to straight-up bangers, each week Joe presents five of the best bits of music currently floating around. We hope you discover something worth digging into yourself…

Anyone who’s ever shaken a leg at a jungle / drum’n’bass night should know that Dillinja – Metalheadz mainstay and founder of the Valve Soundsystem – is a musical god. So it’s beyond exciting that a couple of his lost tracks have resurfaced via the new Deep Jungle archive label run by DJ Harmony, the man with the most comprehensive collection of rave/jungle dub plates you could ever imagine. And they don’t disappoint: they’re, as one might say, certified rollage from beginning to end, both deep and heavy, and could have comfortably sat on any of Dillinja’s classic releases. Vinyl is all sold out but you can buy the digital audio on the Deep Jungle Bandcamp. They’ve got two tracks from the first flush of jungle by Adam F coming up next, too.

Steffi – World of the Waking State

Berlin techno gets umaligned as over-serious and/or monotonous sometimes. And let’s be fair, there are an awful lot of samey, moody tunes, made and played by samey, moody guys in black t-shirts. But there’s plenty of wondrous stuff too, and even if there’s no likelihood whatsoever you’ll ever find yourself in one of the, uh, special rooms at the Berghain club, Berghain’s label Ostgut Ton is a safe bet for finding something new and engaging. Dutch DJ Steffi is a resident at Berghain’s Panorama Bar and her music is super lush, full of airborne electro rather than relentless techno kicks. If you like the 90s electronica of people like Future Sound Of London you’ll be able to dive straight into this, but it’s a very long way from retro. Buy it here.

Rah Digga – Everything is a Story

The old adage that a woman has to work twice as hard to get half the appreciation goes ten times over in rap. Rah Digga is best known as a former member of Busta Rhymes’s Flipmode Squad but she has a long career that deserves far more recognition than that. I once saw Flipmode Squad at a Hot 97 Summer Jam, and she managed to effortlessly reach across a gigantic stadium with her stage presence and huge voice, even with the larger than life Busta next to her. Anyway, she made this album in 2004, it was never released, bits have appeared in scraps online, but now the whole thing has surfaced for streaming with better quality audio, and it’s just amazing. If you’re a rap nerd, the production credits – J Dilla, Just Blaze, Scott Storch, DJ Scratch, and No I.D. – will make you wet yourself, but you don’t need to know anything to appreciate how extraordinary things like the Nina Simone-sampling “Straight Spittin’ Ill” are. And Rah (can we call her Rah?) is pretty much solidly on fire throughout.

We very much doubt Andrew Weatherall needs any introduction, but it’s always worth remarking on the fact he’s never lost any of his creative vitality and wonkiness nigh-on three decades into his production career. His new solo album is all the things he’s always dealt in – post-punk, dub, acid, darkness, mischief and euphoria – and it still has both feet on the dancefloor. We will get him at a BFLF… one day. Buy it here.

Cottam – I Can’t Carry On

Anyone who loved techno or weird electronics in the nineties must have stumbled onto FatCat, the London record shop and label, at some point. They always had the good stuff. Later, the label diverted into post-rock, folk and even classical, but now their techno mojo back! Back!! BACK!!! with a new imprint for 12″ releases, FCR. The first release is by cult Preston, Lancs producer Paul Cottam. Cottam is an absolute master of slo-mo house that builds and builds, and this is exactly that: almost 13 minutes of shifts and turns that draws you in and then takes you to strange places. Buy it here.