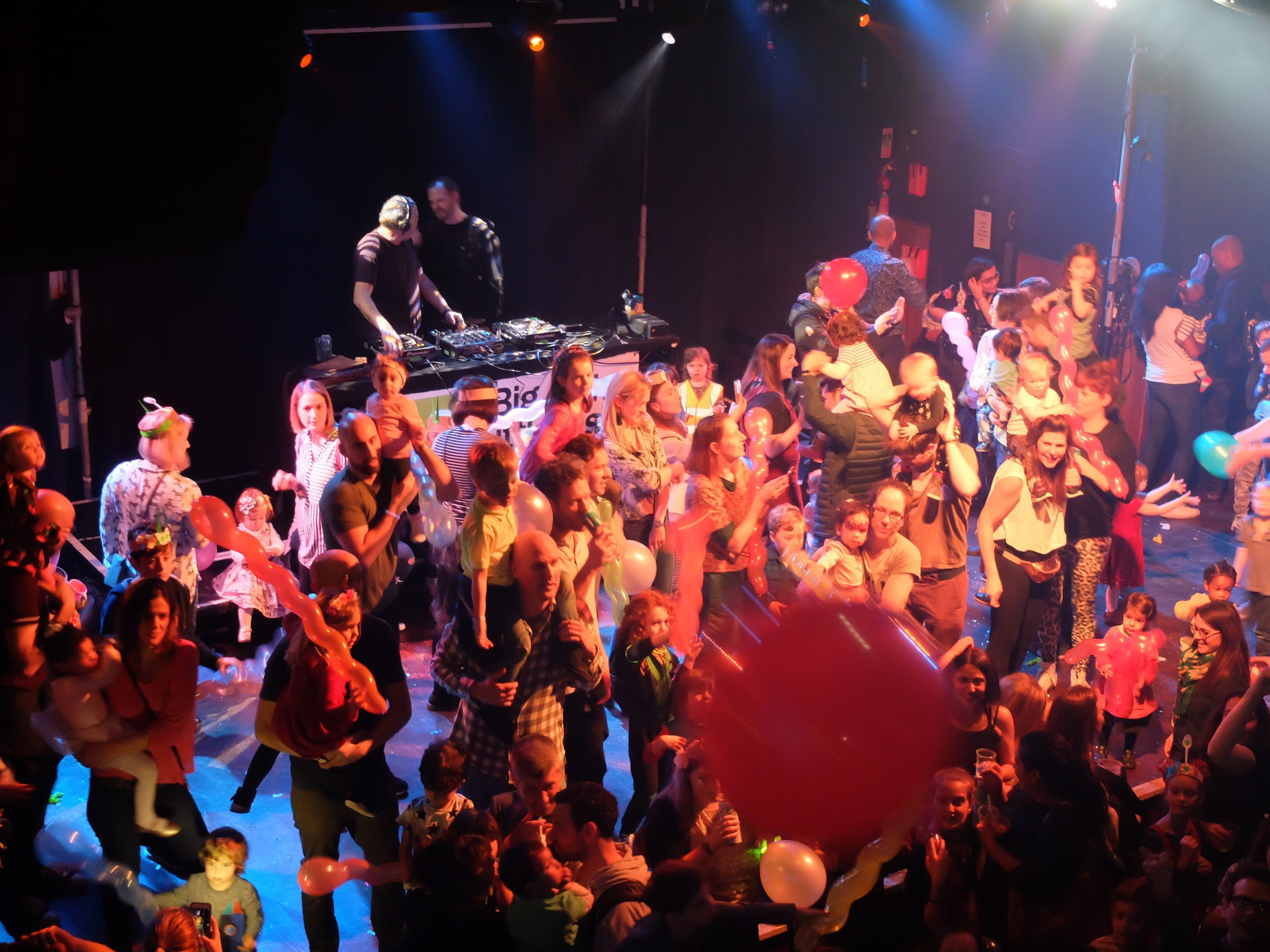 Oscars, BAFTAs, BRITS…pft! None can hold a candle to the Fantastic For Families Awards.

The whole Big Fish Little Fish gang were delighted to win the Audience Choice prize at the Fantastic For Families Awards this year. We heard two months ago and were sworn to secrecy until the date of the actual awards ceremony, to be held in Leeds in March.

The Awards are organised by the Family Arts Campaign. Their work is close to our hearts because they do their bit to make venues friendly and accessible for families of all ages, to encourage performances/exhibitions to appeal across the generations and to support parents who work in the arts sector – all this as well as championing the best work made for a family audience.

Obviously this chimes massively with what we try to do – to bring raving to the family massive and it warms our hearts when we see three generations getting down to some of the country’s best DJs. 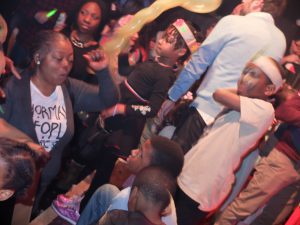 We have teams across the country and the awards ceremony in Leeds was going to be our chance to get together, celebrate and go out on the town afterwards. We bought train tickets and booked a chic boutique hotel (ok, it was the budget Ibis) when the news about a mega snow-storm known as the Beast From The East started to spread.

We began checking the weather forecast hourly and all of us, one by one (starting with Kirstie up in Scotland) realised that it would be foolhardy to travel. All of us that is except David and Hannah in London. Hannah was due to attend but, fearful she wouldn’t be able to get back in time for her rave at The Amersham Arms in New Cross, sent David. That meant she had to do solo bedtime, so not sure who actually had the best deal there [EDIT Definitely David – Hannah].

Fortified only by a large bag of dried fruit and nut, David jumped on a train that didn’t move for an hour. Just as the doors were about to close he phoned Hannah and asked if he should really do this. ‘Yes!’ she cried. The train was full of people trying to get home, rather than attempting a round trip to West Yorkshire and back in a night, and the buffet was closed. Hannah started relaying messages from the Awards organisers that things were going to be curtailed. David was re-routed to York then caught another train to Leeds – arriving seconds after the prize-giving had finished. He rushed to the venue and met with a few of the organisers, grabbed the award and high-tailed it back to London (the rest of us following his adventure via our Messenger group). He did at least manage to get a sandwich and a can of beer for the return journey. 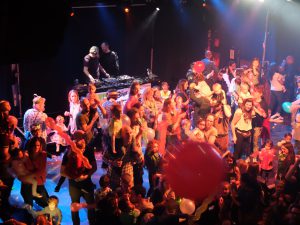 Joking aside, we were overwhelmed to have won this prize again for the fourth consecutive year. We want to thank all of you who took the time to vote for us and reading all your lovely comments made us quite emotional. It’s not only gratifying but deeply moving to know that what we do brings so much pleasure to families all over the UK. We love to rave with you, and we all still get really excited on the day of an event – no two raves are the same and it is great to be able to meet and talk to so many of you at our parties.

We recently heard that we have been nominated for some Hoop awards (Hoop are a great listings app for kids and family activities) so if you would like to vote for us (pleeeeease!) you can go here: https://hoop.co.uk/2018-hoop-awards/.

If we win we’ll make sure David is properly provisioned with at least TWO bags of fruit and nut.